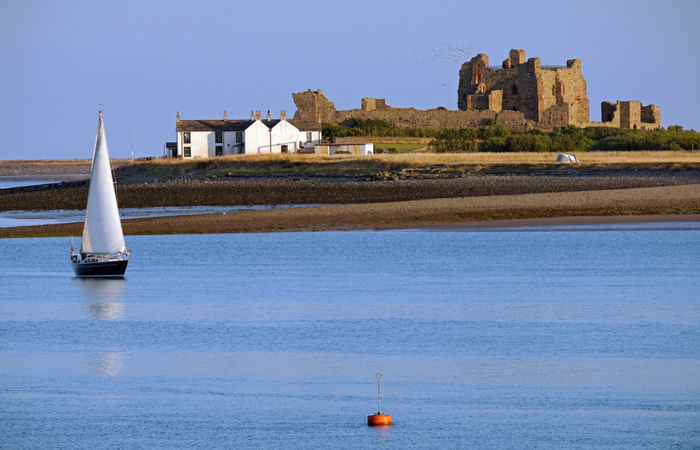 Something for the weekend: With ‘the great resignation’ still in full swing, many employees are mulling over potential new opportunities right now. Flexible working? Tick. More job satisfaction? Tick. More money? Tick. Throne, ‘crown’, sword and beer thrown all over me? Sorry, what?

The Ship Inn on the remote island of Piel on the southern tip of the Furness Peninsula in Cumbria is looking for a new landlord, to start from April. Or rather, ‘monarch’, as Barrow-in-Furness Borough Council has put it.

As the council has explained, tradition holds that the landlord of the inn is crowned the ‘King of Piel’ in a ceremony where they sit in an ancient chair, wearing a ‘crown’ (a helmet) and holding a sword while alcohol is poured over their head.

The ceremony is, in fact, so important to the role that the helmet and chair falls within the tenancy agreement that is part of the 10-year lease to run the pub and manage the island.

The role, however, is not all lord of the manor. Perhaps slightly less glamorously, the successful applicant’s duties will include maintaining the inn, grounds maintenance, and the management of the camping site, toilet and shower block.

Nevertheless, there will be other considerable rewards. The 50-acre island features a ruined 14th century castle, has fantastic views, an abundance of sea and other wildlife, with seal-watching trips a regular tourist attraction, and, for those seeking a bit of solitude for their health and wellbeing, is only accessible by a daily ferry, and even then only in the high season and “subject to weather”.

It is, of course, not going to be for everyone, not least given the slightly, well, eccentric ‘remuneration’ package. But, as cold, wet and dark January drags on (and what do you mean there’s still another week to go?), perhaps being ‘monarch’ of your own destiny might suddenly be quite an attractive option?

Veganuary may be one resolution employers should not give up on

It’s a dog’s life for one special puppy pal