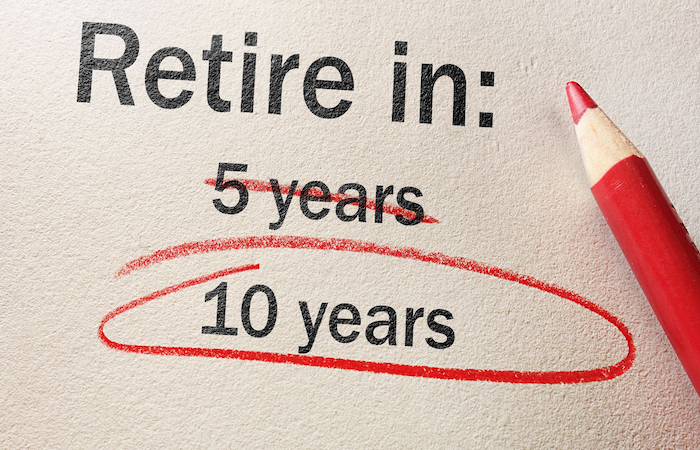 The impact of the Covid-19 (Coronavirus) pandemic continues unabated, with research by Close Brothers today (24 February) revealing it has already forced many older workers into delaying their retirement plans.

According to the study, the past year has highlighted the fragilities of many people’s finances. As a result, it found nearly one in five (19%) employees aged between 65-74 have now decided to retire later than planned as a direct response to the pandemic.

Those aged 55-64 were not that far behind. Among this age group, 14% admitted that their retirement had also been pushed back.

The research mirrors the second main finding of the report – that many employees did not have a savings pot that they could easily access to tide them over during the pandemic.

A fifth (20%) of staff over the age of 65 said they did not have an accessible savings fund for this purpose. Moreover, 14% of those aged between 55-64 said they felt financially unprepared for the pandemic and the lockdown that followed.

Commenting on the data, Jeanette Makings, head of financial education at Close Brothers, said: “The pandemic risks being a ‘sliding doors’ moment for UK employees and their employers. It has impacted financial health in a multitude of ways, with some suffering hardship, some having to postpone long held plans and others benefitting and adding to savings.”

She added: “Understanding employees’ financial health and knowing those that need most help has to be the starting point for employers, to ensure that an inclusive, effective, and targeted financial wellbeing programme is implemented.”

A single channel, ‘one-size-fits-all’ financial wellbeing approach is likely to fail many, according to Makings.

However, with youth on their side, they were more confident of being able to make up any short interruptions to their financial wellbeing. Some 36% of those aged 18-34 said they now felt more confident about weathering a future financial storm.

According to the data, nearly two in five (38%) of those in the 65-74 bracket have already, or plan to, make changes to their financial preparedness. This rises to 43% among those aged 55-64.

Makings concluded: “At the forefront of those best able to help employees improve their financial health are their employers. They are trusted; they can reach large numbers of people via the workplace; and they already offer rewards and benefits that can be used to improve financial wellbeing and both employee and business performance.

How has the Covid-19 (Coronavirus) pandemic impacted at-retirement support?