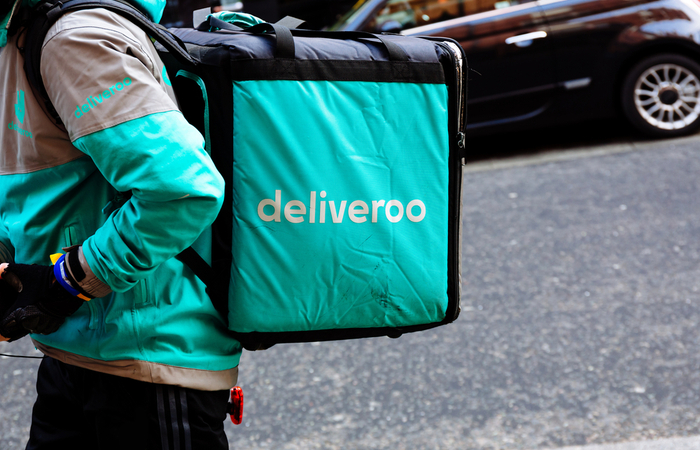 Deliveroo has signed a recognition deal with trade union GMB, which covers the rights of more than 90,000 self-employed riders, including factors such as pay and wellbeing.

The voluntary partnership agreement recognises that Deliveroo riders are self-employed, following a series of UK court judgments to this effect.

GMB will be able to represent individual riders in disputes if they are members of the union. It will also have rights to collective bargaining on pay, and consultation rights on benefits and other issues, including riders’ health, safety and wellbeing.

Mick Rix, national officer at GMB, said: “Tens of thousands of riders for one of the world’s largest online food delivery services will now be covered by a collective agreement that gives them a voice, including pay talks, guaranteed earnings and representation in times of difficulty. Riders deserve respect for the work they do and Deliveroo deserves praise for developing this innovative agreement with GMB, a blueprint for those working in the platform self-employed sector.”

Will Shu, founder and CEO of Deliveroo, added that the business is “delighted” to partner with GMB to give self-employed riders flexibility, guaranteed earnings, representation and benefits.

He added: “Deliveroo has long called for riders to have both flexibility and security, and this innovative agreement is exactly the sort of partnership the on-demand economy should be based on. This voluntary partnership is based on a shared commitment between the GMB and Deliveroo to rider welfare and wellbeing. Together, we are focusing on what matters most to riders.”

Frances O’Grady, general secretary of the Trades Union Congress (TUC), said: “Gig economy workers deserve to be treated with dignity and respect at work. After GMB’s breakthrough agreement with Uber last year, this is another landmark agreement that will give Deliveroo riders a real voice at work.

“Unions are starting to win the fight against insecure work and won’t rest until platform companies across the gig economy agree to work with their staff on improving pay and conditions.”