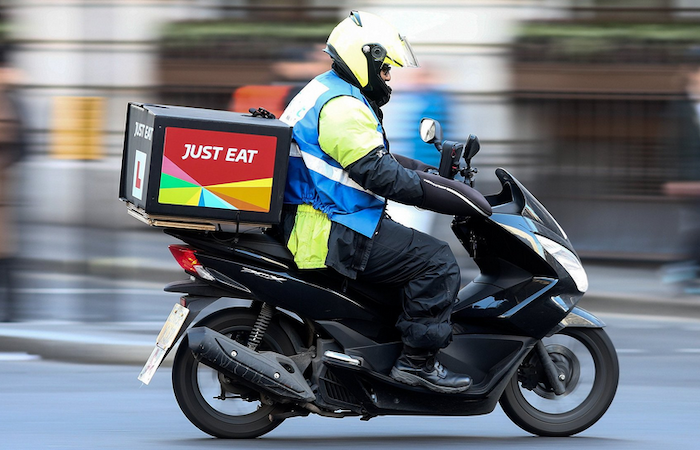 Just Eat, the food delivery service, has said it will offer riders minimum pay, sick pay and holiday entitlement by the end of the year as boss Jitse Groen seeks to make good on his pledge to end gig working across the business.

According to the company, most of its riders are currently self-employed contractors without guaranteed pay or sick leave, and while some work directly for Just Eat, others are employed by courier firms.

Not only will the change mean riders become will now become ‘workers’ – and employed by Just Eat’s Europe-wide agency Randstad – but they will also be entitled to more than the legal minimum in hourly pay, pension contributions and benefits, including holiday pay and sick pay.

In addition to this, riders will be promised set shifts – ending the uncertainty of when work will be there for them – while their e-bikes or mopeds will be provided by Just Eat, and maintained by them too.

Commenting on the new terms, Andrew Kenny, UK managing director of Just Eat, said: “We recognise our responsibility to provide couriers with the best possible opportunities and we’re delighted that almost 2,000 jobs have already been created as part of our worker model.”

He added: “We’ve reached this milestone significantly ahead of schedule and following a positive response in London and Birmingham, we’re excited to roll this out to Liverpool, creating 1,500 more roles this year.

“We believe giving couriers access to the benefits and security associated with a model like this is the right thing to do and we’re hugely ambitious to grow this further out across the UK.”

The move represents a significant step in redressing the balance of power between the firm and its riders, and sets a marker down for similar employers – including the recently listed Deliveroo – to respond.