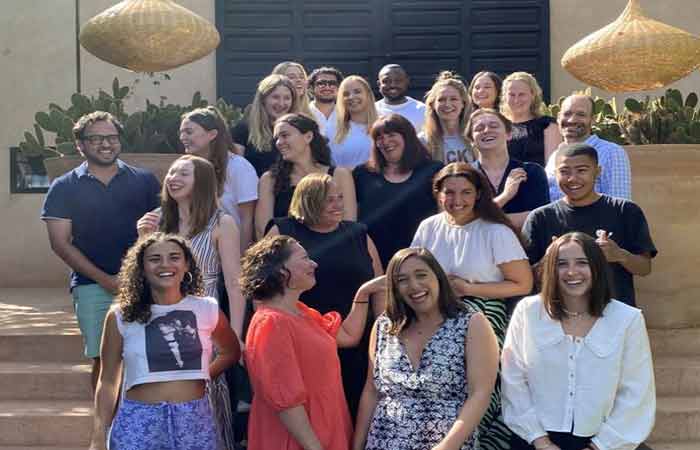 PR agency Milk and Honey was founded in 2017 by group CEO Kirsty Leighton. After starting life as a limited liability partnership, last year it converted to an employee ownership trust (EOT), which saw 52% of the agency’s 27 members of staff become co-owners.

Leighton explains that this is a much better legal structure because it allowed everyone who had been with the business for 12 months to become co-owners, rather than just a select few. “It was not straight forward and not a cheap decision,” she says. “All in all, it took us three months and cost us about £85,000. We were a business of 40 people across three geographies, so there was quite an amount of legal restructuring needed.”

In order to become an EOT, employers have to sell the majority of their shares to the trust, making employees the dominant shareholders.

Leighton chose to sell 55%, and following a valuation of the business, these shares will be paid for, capital gains free, by the trust over the next 10 years. “That is the advantage to me as the former majority owner,” she says. “For the team, they get a bigger legal say in the running of the agency, up to £3,600 annual profit share payment tax free for the British co-owners, and a substantial windfall payment should we decide to sell in the future. Currently this is valued at around £180,000 per person, so well worth having.”

Since the trust was established, Milk and Honey has grown its team by 25% and has also seen its B Corporation score, which is a measure of ethical, environmental and social responsibility governance, soar from 87 points to almost double at 167, ranking it among the top 5% of B Corp’s globally.

This change puts power into the hands of team, giving them the controlling interest in the business, says Lizzie Elkin, EOT president and senior client executive at Milk and Honey.

“Our core values of energy, bravery, passion, loyalty, respect and collaboration guide all activity,” she says. “We trust in our people, working together to deliver ground-breaking results and in building a top place to work. Being purpose-led means daring to change how things are done. As we have grown to span three continents in just four years, we want to lead the industry by setting the standard for people-first governance.”