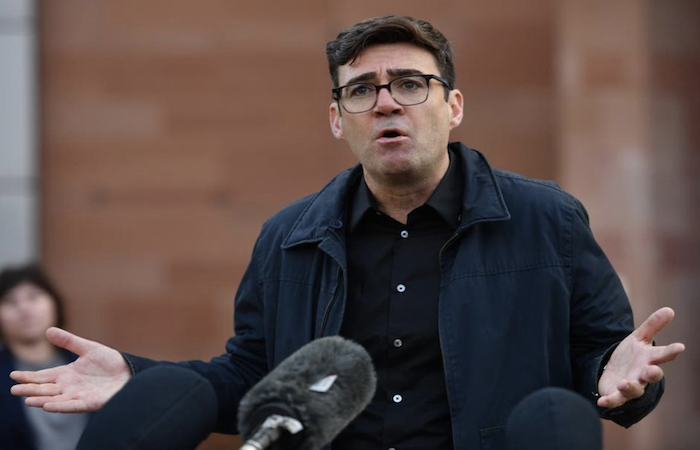 Newly re-elected mayor of Manchester Andy Burnham has unveiled a vision for the city to become the UK’s first to pay the living wage.

A new Living Wage City-Region action group has been set up – which will see Burnham begin talks and start collaborations with businesses, unions, local authorities, faith groups and voluntary and charitable organisations – to drive forward better remuneration plans for the city-region.

The first meeting, held on Wednesday (12 May), began by looking at ways a path could be created for employers in the city-region to start paying the living wage and offer living hours by the end of the decade – the latter of which is a recommendation of the Inequalities Commission in a report it published earlier this year.

Commenting on the proposal, Burnham said: “I made a commitment last year to make Greater Manchester the UK’s first Living Wage City-Region, and this week marks the start of a clear path to achieving that goal.”

He said: “The proposals we will be bringing forward will be about creating better jobs for our residents, but also about supporting our businesses to invest in people and grow in a positive and sustainable way. Paying a real living wage isn’t just the right thing to do for workers – it’s the right thing for businesses too.”

According to Burnham, the action group will work towards creating better jobs using Greater Manchester’s Good Employment Charter – a voluntary scheme that raises employment standards across the city.

Lou Cordwell, chair of the Greater Manchester Local Enterprise Partnership, said: “There is a strong business case for paying employees the real living wage. Organisations that have made the commitment benefit from more motivated employees, enjoy a reputational boost, and find it easier to attract and retain staff.”

She added: “Creating a Living Wage City-Region is one of the key pillars of our Economic Vision for Greater Manchester. These proposals are a significant step towards realising that ambition, and I look forward to working with the action group to take them forward.”

Outside of London the living wage is currently £9.50 a month and it is deemed the amount employees need to pay for necessities and have money spare for unforeseen events and to better enjoy life.

Research by a study undertaken by the Living Wage Foundation and Cardiff Business School found that 93% of accredited Living Wage businesses reported they had benefited from becoming Living Wage employers.