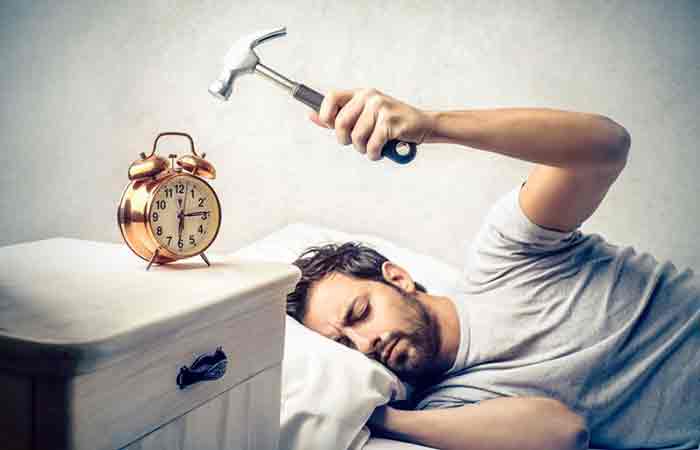 Something for the weekend: If the cost-of-living crisis is hitting you hard and you fancy making a bit of extra cash, here’s an idea straight from popular video app TikTok. Be warned, it will keep you up at night – but not due to financial worries.

Full-time social media influencer Jakey Boehm from Australia’s Gold Coast is making money in his sleep by charging people to wake him up, racking up around £28,000 a month. Yes, you read that correctly!

He rigged his bedroom with speakers, lasers and a bubble machine, encouraging his 520,000 followers to pay a fee to wake him up over the course of a seven hour live sleep session by controlling the devices in his bedroom to play songs and start light shows.

One of his videos, which has been viewed more than 6.9 million times with around 438,000 likes, shows him being woken up at 12.30am with bubbles, an inflatable doll and the theme song from Barney The Dinosaur playing, while another features him being awoken at 2am to various dubstep songs. Not for the faint-hearted!

Boehm told The Mirror: “It started as one single gift and one sound, we now have lights, bubble machines, inflatables, laser lights and more than 20 sound effects. Every night is the same, a sound or light is activated every 10-15 seconds, it’s constant all night. [I made] $35,000 last month. This month will be a lot higher. It’s life-changing, zero regrets. I plan to keep doing the lives every night and adding new features. As long as people are watching and gifting, I’ll be live.”

While we don’t think that we’d be happy to let others wake us up like this here at Employee Benefits as we’re very much fans of sleep, we wouldn’t turn down the extra money each month!

Reach for the social media stars to earn a high salary

What engagement lessons can employers learn from social media?