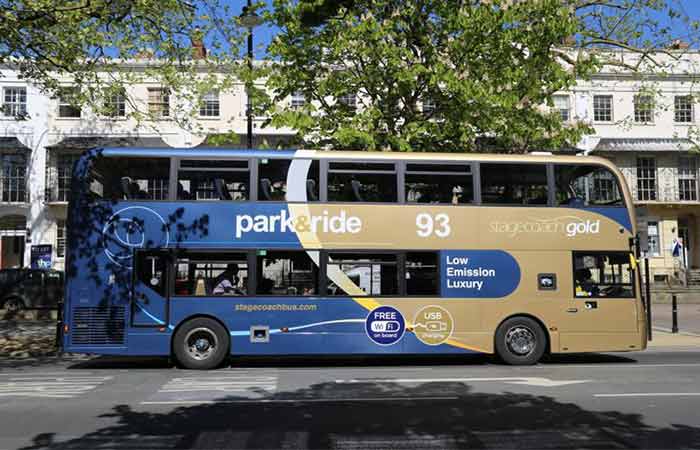 More than 80 bus drivers employed by Stagecoach West in Swindon have voted for strike action in a dispute over pay.

In a ballot, 98% of members of the Unite union at the depot came out in favour of industrial action.

The drivers are asking for a pay rise to help with the rising cost of living, with the trade union claiming they have been offered a one-off £400 cash payment that would represent a drop in real income due to inflation.

The vote in Swindon follows recent ballots of bus drivers based at Stagecoach West’s depots in Bristol, Cheltenham, Gloucester, Stroud and Coalway, where more than 83% voted for industrial action over pay.

According to local reports, Unite has demanded a 22% increase in driver pay. The union claims Stagecoach West’s parent company is “extremely profitable” and employees take on a “highly skilled, responsible and demanding role”.

Unite general secretary Sharon Graham said: “With this overwhelming vote for strike action, Swindon’s bus drivers have made it perfectly clear they are not going to accept low pay and Stagecoach’s penny-pinching any longer. Stagecoach can well afford to pay a fair rate of pay but it has chosen not to do so to boost profits.”

Unite regional officer Shevaun Hunt added that unless there is an improved offer from the business, strikes will be announced soon.

“Bus strikes in Swindon will cause disruption across Wiltshire but this dispute is entirely of Stagecoach’s own making,” he said. “Unite gave Stagecoach a final chance to make a realistic pay offer and avoid strikes and it has refused to grasp the opportunity.”

Stagecoach West managing director Rachel Geliamassi said: “Our people absolutely deserve a good pay increase, and we are 100% committed to reaching an agreement.

“But it cannot be at the expense of bus services which are already under pressure and vital for local communities.”

Dale Critchley: How to keep members engaged with ESG investing

84% of employers have hybrid working in place