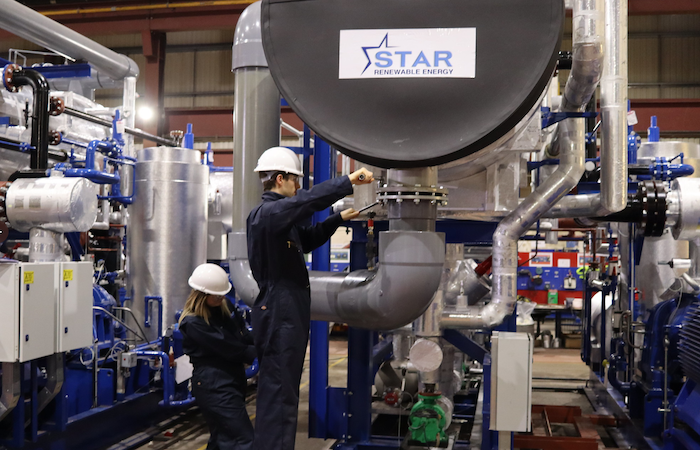 The company – which employs 400 people and has a fleet of more than 150 vehicles – said it made the decision in order to make its journeys more sustainable.

The cars it will offer through the scheme include the Hyundai Kona, Kia E-Niro and Tesla Model 3 – some of which have ranges of close to 300 miles on a single charge.

All employees will be eligible for the initiative and, according to David Pearson, group sustainable development director at Star Refrigeration, the business first began switching to EV last year.

But he explained this new move should rapidly ramp up its conversion to more sustainable transport solutions.

Pearson said: “As a business, we drive more than 2.4 million miles each year, and 80% of our emissions come from diesel and petrol, so we felt the move to EV was a must for us really.”

The EV scheme formally launches in a few weeks’ time, and Pearson is optimistic about take-up.

“We’ve previously just given people the cash alternative, but we hope that this new incentive will give people the nudge they need to switch to EV, as they can use their cars for personal use too. As we say here, a tonne is a tonne, and the more CO2 we can save – whether it’s for personal or business use – the better.”

Last month the company signed up to the Science Based Targets initiative (SBTi) which promotes best practice in emissions reductions and encourages companies to work to net-zero targets.

Star Refrigeration hopes the EV salary sacrifice scheme should mean all employees will be driving sustainable vehicles by 2030. This would save around 740 tonnes of CO2.

The news comes as it was recently revealed that 89% of all cars leased through provider Arval on salary sacrifice were for electric ones. This is an increase from just four out of 10 (39%) two years ago.