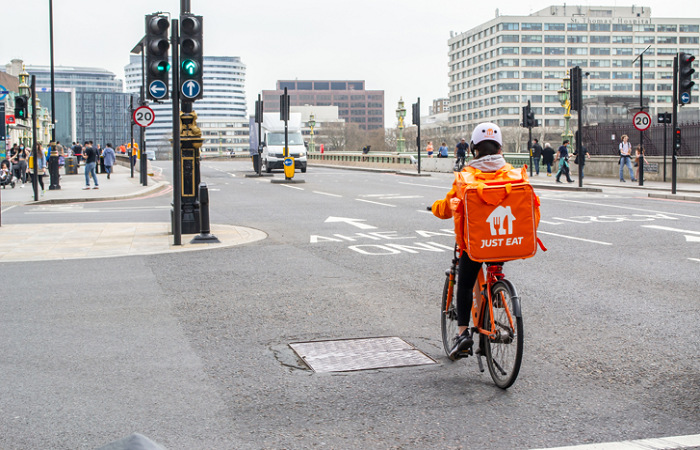 Sheffield, UK-based food delivery couriers employed by Stuart Delivery will take part in a protest regarding a planned pay cut.

The action will take place on 28 November (Sunday), with couriers set to stage a motorcade leaving from Queen Street at 11am, before arriving at Sheffield Town Hall at 12pm where speeches will be given by Sheffield Labour MP Olivia Blake, council members, and workers represented by the Independent Workers’ Union of Great Britain (IWGB).

In addition, couriers also plan to strike from 6 December as they claim to have been previously promised a postponement to the cuts in October 2021 by the corporation that delivers for JustEat. As part of a new pay structure as of December, workers will be paid based on the distance they travel per delivery, with an up to 0.5 miles journey resulting in £3.40 before any eligible rewards are added.

According to the workers, they have been denied basic rights such as sick pay, and are forced to cover their own vehicle and insurance costs.

IWGB president Alex Marshall commented that couriers delivering for Stuart Delivery deserve a pay rise, as they are key workers who provided an essential service all through the Covid-19 (Coronavirus) pandemic, keeping restaurants afloat and delivering food for isolating families.

He believes it is “outrageous” that these workers could face a pay cut for some deliveries at a time when the government is raising minimum wage.

“With the fuel spikes and rising cost of living, these cuts will only force workers who already work eight to 12 hours a day to work even longer hours to make the same money. Striking and protesting is the only way to force Stuart and JustEat to end the exploitation and stop treating our workers as disposable,” Marshall said.

A Stuart spokesperson added that as roughly 96% of deliveries in Sheffield are above 0.5 miles, couriers are unlikely to see any change in their pay per delivery.

“The new model has been developed to work for all couriers, whether they do shorter deliveries more frequently or fewer, longer trips, and will continue to guarantee pay per hour that is among the highest in the sector,” the spokesperson said.