Following George Osborne’s delivery of his sixth Budget as chancellor and the last of this current parliament, we have provided a brief overview of the initiatives put forward in his statement, focusing on the topics that have an impact upon the pensions landscape, savings, personal taxation and businesses. 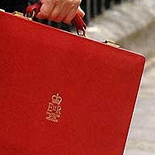 Changes on the pensions horizon…
Changes to the pension rules have previously been announced and are set to alter the way we take an income at retirement. From 2016–17, it is proposed that access to the new flexibility will be extended to annuitants by allowing them to sell their annuities. The lump sum received can be held within the defined-contribution (DC) pension environment for flexible access, used to buy a flexible annuity or taken as a taxable lump sum. Consultation is now under way on the fine detail of these proposals.

The chancellor announced plans to again increase restrictions upon pension tax relief reducing the pension pot lifetime allowance from £1.25m to £1m; this is set to take effect from April 2016. The allowance is forecast to change again in 2018 as it will be indexed to the consumer prices index (CPI).

Laws are also set to be changed that will allow pensioners to access their annuities; Osborne confirmed that from April 2016 he will grant five million pensioners with access to their annuity. Until now, those locked into an annuity have incurred a 55 per cent tax charge; this is set to be abolished with a marginal tax rate taking its place.

The free and impartial government service Pension Wise is set to receive a boost through an additional £19.5m worth of funding set to be provided over the course of the next two years, which will help to fulfil the announcement of more guidance and advice for existing pensioners and assist with the communication of the new changes to the public.

Chancellor extends national insurance exemptions…
In a move to support young people, the government announced plans to make it more affordable for businesses to employ them. From April 2015, secondary national insurance contributions (NICs) will be abolished for employees under 21 for earnings below the upper earnings limit (UEL), which is expected to be £813 per week. The government stated that state benefit entitlements would not be affected, meaning that there will still be a requirement to report band earnings.

How the budget affects your personal finance — an overview…

“We welcome the chancellor’s decision to extend the ‘pension freedoms’ to people who have already bought an annuity from 2016, and agree that all employees should be granted greater flexibility with their savings and to fund their retirement as they see fit.

“However, as options broaden, more opportunities for bad choices arise. The government must, therefore, ensure that these further amendments — announced at what is already a time of unprecedented change to the pensions market — are communicated clearly and that the guidance guarantee is able to support the six million annuity holders who may now have complex questions to answer.

“With auto-enrolment bringing everyone into workplace pensions, it is now more important than ever for the government to ensure companies are better educated so that they can support employees — faced with an ever-growing list of retirement options — to make that critical personal pensions decision. Between April 2015 and January 2017, approximately 598,000 UK businesses will stage, representing the largest group of companies to auto-enrol to date and this represents a great opportunity to use the workplace as the route to deliver better understanding to ensure people make the best use of the freedoms they now have.”

69% of managers do not believe stress warrants time off

Dave Roberts: How could the general election impact employee benefits?

Fit for Work — where next?