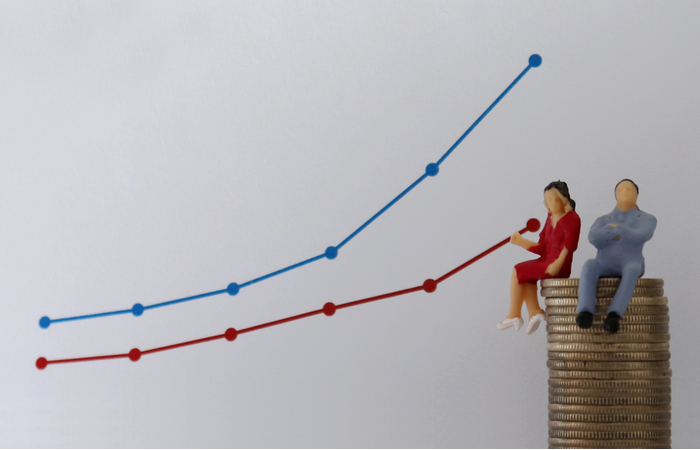 The median pay gap across FTSE 100 employers has decreased by just 1% since reporting legislation was introduced in 2017, with 30% of these businesses actually increasing their pay gap over that time, according to analysis of gender pay gap reporting by HR DataHub

Its review of government files and FTSE 100 reports dating back to 2017, found that while 70% have succeeded in reducing their gender pay gap, nine had increased theirs by more than 5%, while 15 had seen an increase of between 0 and 5%.

Overall, the banking industry had the highest gap, at 35% during the 2021-2022 year, while the pharmaceuticals sector had the lowest gap, at 3.4%. Overall, FTSE 100 organisations were found to have a gender pay gap of almost double the national average.

The three most popular actions taken to reduce the gender pay gap within the FTSE 100 were: setting diversity targets, mentoring and targeted development programmes. The report also found that among those organisations with the most significant decreases, internal networking groups and dedicated leadership programmes were among the most prevalent actions. Meanwhile, those with the largest increases tended to rely on quota shortlists, and diversity and inclusion awareness training.

Nineteen of the FTSE 100 organisations have never publicly reported their gender pay gap statistics, because they do not have legal entities in the UK with more than 250 employees.

David Whitfield, co-founder of HR DataHub, said: “Not doing so reveals a great deal. Firstly, that these organisations are not striving to build a world with gender equality. Secondly, without legislation, companies are unlikely to step up and report voluntarily.

“It appears that the FTSE 100 are failing to step up in a way that we would hope and expect our captains of industry to. In being non-committal, or worse still, allowing their gender pay gaps to increase, the FTSE 100 are reinforcing gender inequalities. Some are clearly reluctant, while others appear to be making the right noises but failing to take action. There are many organisations that have proven change is possible. It is time that those at the top start to lead from the front.”