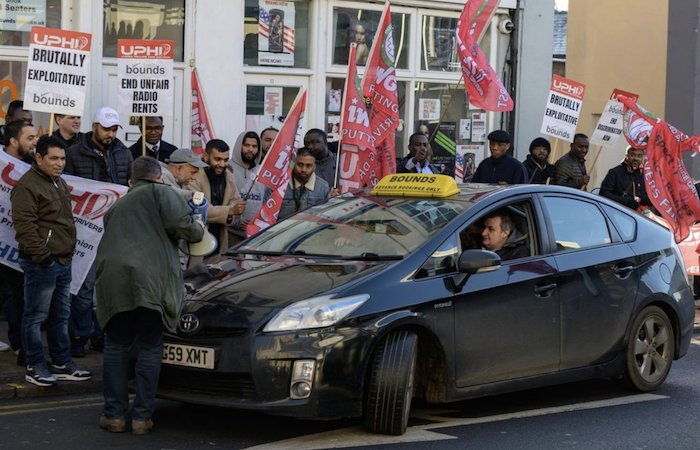 Two drivers from Northampton-based Bounds Taxis will today (26 April) present evidence to an employment tribunal to establish their own right to be defined as ‘workers’.

Following on from cases in which both Uber and Addison Lee lost their claim that their drivers should be classed self-employed contractors, Shafqat Shah and Samuel Adjei will argue that they are being denied the right to a minimum wage, holiday pay, and rest breaks.

Bounds Taxis has more then 500 drivers and according to The App Drivers & Couriers Union (ADCU), which is backing the pair, it is attempting to use the same classification model as Uber.

Speaking exclusively to www.employeebenefits.co.uk, Yaseen Aslam, ADCU president, said: “This is the Uber case being replayed all over again. Exploitation of workers extends far beyond just Uber, and in the case of Bounds Taxis, we believe it is also exerting considerable control over drivers, while trying to claim they are not workers.”

Aslam said: “Bound Taxis drivers are required to wear a uniform, and face disciplinary action if they do not, and so we are highly confident the case will go the same way as the Uber and Addison Lee cases, and give drivers here the victory that they deserve.”

But according to Aslam, the fact these cases are still arising is due to a failure of legislation as much as anything else.

He said: “The point is, we shouldn’t have to be going through this every time. The law is simply us failing here, but the local council has also failed to take a stand on this matter.”

The hearing will last for four days. The judgement is not expected to be until some time afterwards.

Sign up for the leading independent source of news and expert analysis delivered straight to your inbox. Sign up
Latest ArticlesComments
news Benefits technology