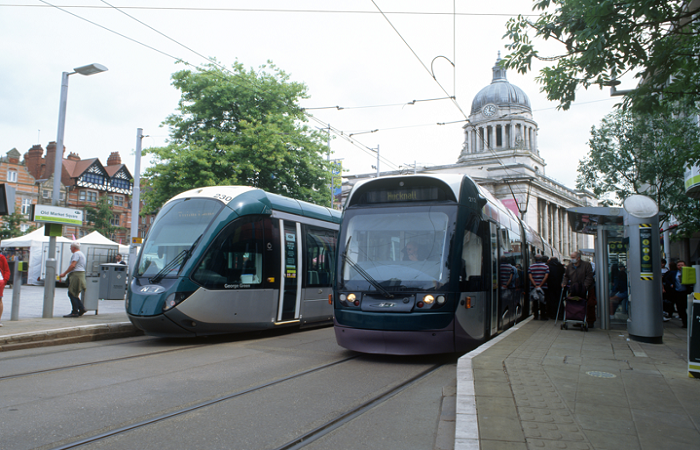 Workers employed by Nottingham Express Transit (NET) have announced that a second day of industrial action is to take place today (23 November) as a pay rise deal has still not been reached.

According to the union GMB, which is representing NET’s more than 1,000 employees, it has been negotiating for some time with bosses after a 3% wgae increase for last and this year were rejected. All services were previously suspended on the line on 6 November, with drivers, control-room workers and technicians involved in the action.

A GMB spokesman said that if the company had reached out with a fair pay offer for the workers from the beginning, no strike action would have been necessary and disruption could have been avoided.

“It’s time [tram workers] got the reward and recognition they deserve from company top brass. Public support from Nottingham residents has been overwhelming and we would like to put on record out thanks to them on behalf of our members,” the spokesman added.

Meanwhile, a NET spokesperson explained that the organisation is “disappointed” that the union still intends to go ahead with planned strike action despite talks continuing last week and a further improved offer of an 11% pay increase, as it has made an effort to reach a fair settlement that recognises the hard work of staff.

According to the spokesperson, the strike will cause “significant inconvenience” for the thousands of people who rely on the tram network every day and risk jeopardising its recovery following the Covid-19 (Coronavirus) pandemic.

“This latest offer would bring a tram driver’s salary to £28,685 by June next year as part of a proposed deal that includes a 3% increase for 2020, backdated and paid immediately and a 4% increase for 2021 backdated to 1 June. A further 4% pay rise in June 2022 is also on the table and we have also offered to enhance a number of employee benefits, the spokesperson concluded.