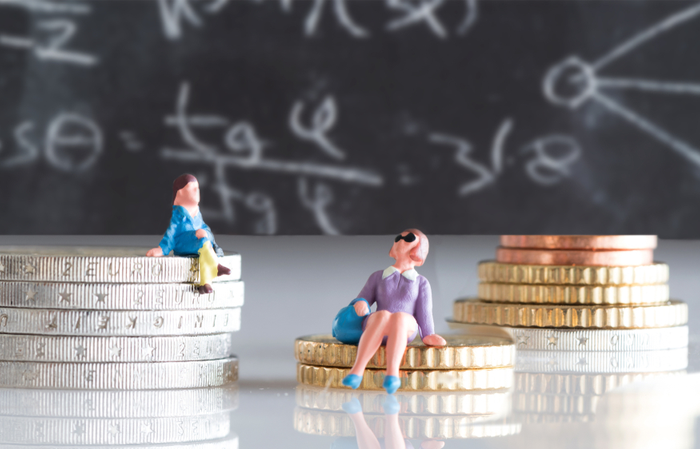 A new report by Barnett Waddingham has revealed a stark gender disparity in wealth at retirement, with women having between 25% and 45% less than men in their pension pots when they retire.

The research, based on an analysis of some 35,000 members in seven defined contribution (DC) schemes, found that the gender pension gap begins to diverge most clearly after the age of 32 – with men contributing up to £1,500 a year more into their pot than women, despite contributing the same percentage of their salary.

Career breaks also act as a drag factor, leading women to have 10% less in their pension savings at retirement, compared to a woman with no career breaks, the report said.

The report further showed that in some schemes there are three times more women than men earning less than £10,000 a year – under the auto-enrolment threshold.

She commented: “As such, the system is intrinsically biased towards men, creating a stark disparity in wealth at retirement.”

Pointing to the gender pay gap, Latham said: “Disparity in income is causing a knock-on effect on pension wealth, despite women contributing the same proportion of their salary to their pension as men.

“But other important factors are at play. It’s clear that women are disadvantaged if they have children or have other family caring responsibilities, as the resulting hit on pensions is stark.

“And with more women working in lower-skilled or zero-hour contract roles, too many are falling outside the auto-enrolment threshold.”

She called for “a more robust and inclusive pensions framework that offers fairer solutions for all”.

These include setting higher default contribution levels, paying employer pension contributions based on full-time equivalent earnings during parental leave, providing more targeted financial education, addressing the gender pay gap, and encouraging employees to pay in more after career breaks and when it’s affordable to do so.